Mobile devices are nothing without mobile apps. In today’s era of smartphones, we wake up every morning with an alarm app, order meals using a food delivery app and reach the office by booking a taxi on an on-demand mobile app.

The use of mobile devices has seen a rapid rise since the past decade. It has changed the way of many activities, for instance, business. These days mobile apps made it easier to reach a customer that it was a few years ago.

Mobile application framework is defined as a software framework, allowing you to create your application with the help of its several sub-components. These components include debuggers, tools sets, different code libraries, interfaces and many more. Thus, the framework is known as the base of your app.

Corona is a free, open-source, and powerful cross-platform framework that allows building apps to most of the platforms including Android, iOS, macOS, Tablets, Android TV, Fire TV, Apple TV, and Amazon Fire. This framework is widely used to create 2D games with bleeding fast OpenGL graphics thus allowing apps to give better performance.

The framework is based on Lua, which is a lightweight language that is very fast, easy to use, and incredibly flexible. Once a project or app is created within this framework, it can be published to a range of platforms.

Software Giant Microsoft introduced Xamarin, which is based in San Francisco. For making the best use of the Xamarin, the developers must learn to carry out the C# codebase and develop useful apps for Android, iOS, and Windows.

It is one of the reliable tools that provide flexible native performance. Backed with Microsoft technology, it has approx. 1.4 million developers of the community. With an excellent native user interface, it not only helps developers to build a native app with ease but also controls the app to give ultimate user experience.

It is a powerful mobile development platform for designing cross-platform mobile apps for iOS and Android using a single code base. It’s based open-source Titanium, a JavaScript-based SDK with over 5000 APIs for Android, iOS, Windows, and HTML5 that allows you to reuse up to 90% of code if you are targeting multiple platforms.

In fact, if you’ve hands-on experience in web app development, then you can easily learn to build mobile apps using Appcelerator Titanium.

This is also a cross-platform mobile app development framework that can help in creating meaningful apps with the presence of plugins. You can develop responsive and interactive apps for all devices. Another cross-platform development framework, Intel XDK benefits from allowing developers of all kinds to create mobile apps from a single code base.

One of the major reasons that Intel XDK has a lot of space that can be used due to its interface. The interface on Intel XDK allows for drag and drop, which is incredibly simple to control and use. Also, the framework makes it very simple and quick to test your app on several different devices.

PhoneGap was initially built by Nitobi in 2011 and launched as Apache Cordova Adobe. However, after the acquisition by Adobe its name changed to Adobe PhoneGap. PhoneGap will compile your app using the SDK of the platform and can be installed on all the major platforms like Android, iOS. A set of third-party tools comes with the hybrid PhoneGap framework.

This framework is one of the very few that allows and supports the use of phone hardware like the camera and GPS. The framework also offers some of the best performances and can be used to create apps for essentially any operating system.

Mobile Angular UI is a mobile UI framework which provides essential mobile components that are missing in Bootstrap 3 such as switches, overlays, sidebars, scrollable areas, etc. The framework relies on libraries like fastclick.js and overthrow.js to achieve a better mobile experience.

It is licensed under MIT so it’s an open-source mobile development framework using which you can build rich internet mobile apps.

Ionic is an open-source framework, used basically for front-end development. It is a very stable platform and widely used by developers across the world. It was introduced in the year 2013. It is built using HTML, JavaScript and CSS.

It supports from Android 4.1, iOS 7 to all other upgraded versions of Android and iOS. Moreover, if developers use Ionic with a native mobile app in PhoneGap, it allows higher performance as compared to hybrid applications. In fact, Ionic also has its own CLI (Command Line Interface) tool that makes the app development process easier.

Flutter is UI toolkit launched by Google for building beautiful, natively compiled apps for both mobile & web applications by keeping the single codebase is based on an object-oriented programming language- Dart. It supports editor plugins for IntelliJ/Android Studio and Visual Studio Code.

The visuals resemble like the Material Design and Cupertino style. It is also much easier to test your project in Flutter. You don’t have to restart your project if there is any mistake.

React Native is globally known as a reliable application development framework that effectively uses JavaScript as its core scripting programming language. Introduced by Facebook, this platform has become one of the best choices of app developers.

The designing of this framework enables the developer to utilize declared components to integrate the rich mobile UI. Developers also get access to features like accelerometer for the camera.

Supporting a wide range of operating systems, JQuery Mobile is a popular cross-platform development framework for applications. It is a very lightweight web framework that ensures your application is responsive. It also features a library of ready-to-use JavaScript plugins.

It builds on jQuery and jQueryUI to provide API features for mobile web applications by keeping the single code version. Apart from this, JQuery Mobile also comes with different plugins such as Pop-Up Boxes, Image Slider, Content-Slider, etc., which make the web pages simpler, user-friendly, and more interactive.

Do follow us if you found this blog useful.

Revaalo labs your one stop solution for Digital Transformation needs. 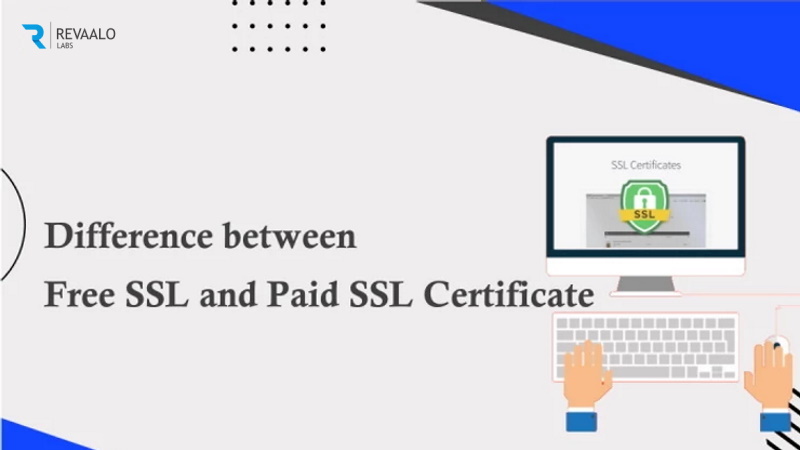 In this special blog post, We shall discuss the differences between “Free SSL” and “Paid SSL” Certificates Internet of Things (IoT) is redefining both the industrial and the consumer worlds. This smart technology is finding its way to every business The world of Information Technology is very dynamic and always remains in a state of constant flux.

TypeScript Vs JavaScript — This will help you make the right decision! Today, JavaScript and TypeScript are among the most popular languages in the world of development.